Live on the Internet

This event will be broadcasted on the Internet.

Born 1988 in Aichi. Graduated in Studies of Media, Body and Image from the School of Culture, Media and Society, Waseda University. Has been creating artworks that interpret Japanese culture, customs and beliefs from a unique point of view, and present new, technology-based approaches. Thanks to their strong impact, these works have been introduced across a wide range of media, such as Japanese newspapers and TV programs, online media, and foreign magazines. Main works include “Sekuhara Interface,” a device featuring a seductively moaning radish; the “SRxSI system that substitutes reality with delusion” in which users can meet a fictional beautiful woman; and the “Digital Shaman Project” spending 49 days with household robots endowed with impressions of deceased people. Ichihara’s works were included in the Jury Selection at the 18th Japan Media Arts Festival, Entertainment Division in 2014, and in 2016, chosen for the INNOvation program from The Ministry of Internal Affairs and Communications. 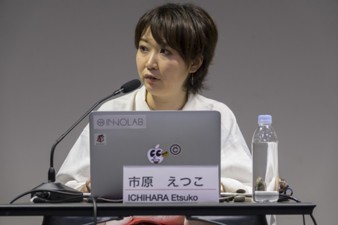 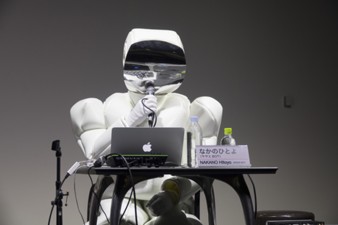 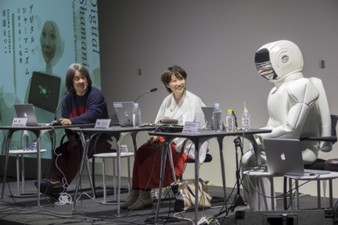